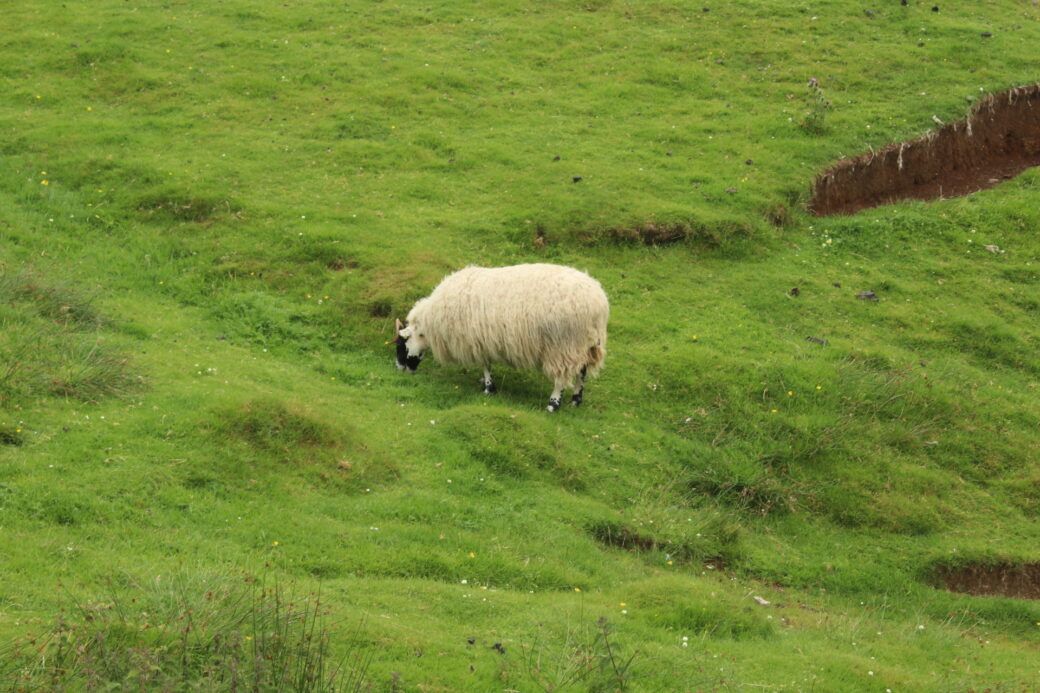 Shepherd’s pie is one of our menu items that quite a few people have referred to as “comfort food” from their childhood. It’s not for me (Janelle) as I never had it growing up. I thought it was a Scottish dish no one knew, however, lots of people have opinions on how it should be made and are very intent on letting us know how to do it “right”. In light of that, I thought a little bit of history on it would be fun to share.

Shepherd’s pie hails from Scotland, but is also popular in Ireland and England. The Scottish people are known for their frugality (or we’re cheap, whatever!) so it comes as no surprise that they created a dish where the ingredients were in an abundant supply and inexpensive for them. Historically, the main ingredients to Shepherd’s Pie were lamb and beef, onions, peas, carrots, broth, and mashed potatoes.

All over the highlands of Scotland you will see sheep, and I mean everywhere! The ground in the Highlands is very rocky and mountainous so shepherding sheep is a logical choice since it’s not tillable for farming large fields. Suffice it to say lamb was an easy ingredient for the Highlanders to utilize. We saw this sheep near some fairy pools on the Isle of Skye. To us it appeared the sheep were just roaming around everywhere at will. 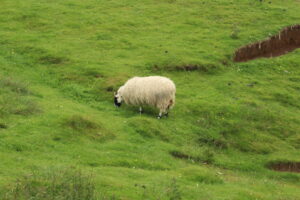 Have you ever seen a Highland Coo? They are all over the Highlands as well, although we noticed they were fenced in, and the local source of beef. And yes, I said coo! 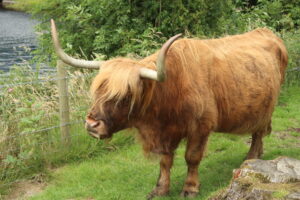 Shepherd’s Pie here at the Scottish Thistle is a veggie mix of carrots, onions, and peas and those are combined with a blend of lamb and beef and a little bit of broth so it doesn’t burn while baking. Then the entire filling is covered in mashed potatoes, and topped with a sprinkle of Parmesan cheese that turns golden brown when it bakes. Everything is prepped earlier in the day for our Shepherd’s pie so it’s ready to go and we can make it quickly. However, they are made when you order so they are fresh and piping hot when they are served! Incidentally, it is my favorite dish to make on our saute station!

If our Shepherd’s Pie is not what you remember growing up, maybe what you had was really Cottage Pie, which is almost the same as Shepherd’s Pie, but does not contain lamb, just beef. 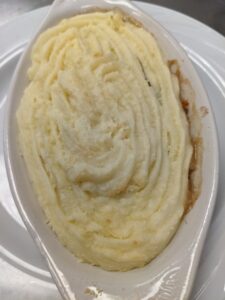 We have had quite a few Scottish patrons in at the restaurant since we have opened and we are always nervous for them to try our Scottish dishes wondering if they are authentic enough for someone from Scotland. We all wait back in the kitchen for the servers to report on what they think of our Shepherd’s Pie. To date the reviews from actual Scots has been amazing-100% satisfaction on our Shepherd’s Pie, so we are keeping the recipe we have!