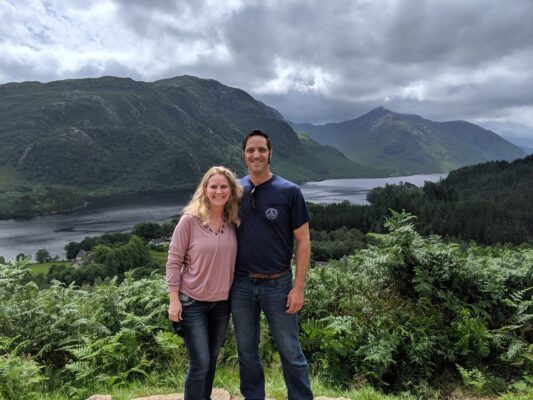 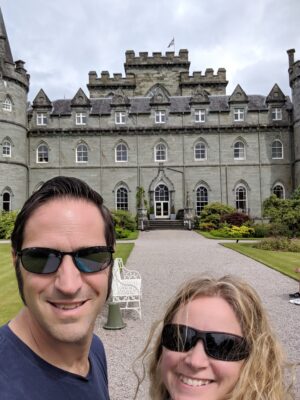 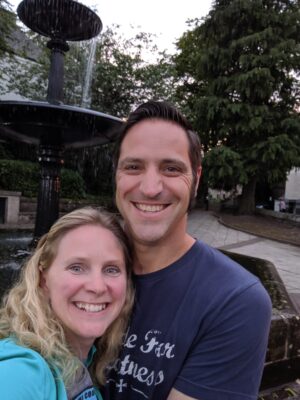 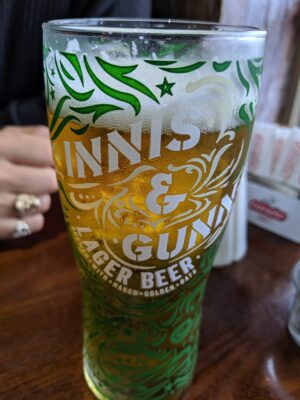 One of the most common questions we get is, Why a Scottish restaurant?

Well there are several reasons, but this version will give you a little insight to us (Tim & Janelle) as well, so it’s the best one!

Tim is an adventurer, me (Janelle), not as much! Tim wants to be a world traveler, I don’t like the unknown but do like to travel (a paradox for sure). In approaching our 20th wedding anniversary in 2019, Tim wanted to go overseas for an anniversary trip, but I was a little bit of a chicken to go somewhere I wouldn’t know the language. Since I have Scottish ancestry and I wanted to go somewhere where English was the language, I convinced Tim that Scotland was the place to go. Tim didn’t care, just wanted to go. So off to Scotland we went! 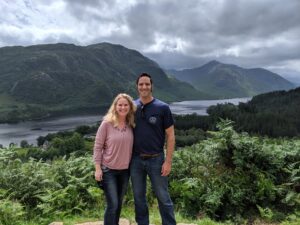 Turns out, best vacation ever! We had booked our first two nights in Edinburgh and then our schedule was wide open! We rented a car and drove all over Scotland where we visited distilleries, lochs, ruins, castles, pubs, cathedrals, standing stones, gardens….we are suckers for history and Scotland is FULL of history. We stayed at Bed and Breakfasts, some through Air BnB, some just by driving by, and some by the friendliness of the Scottish people (that one is such a good story). We absolutely fell in love with the landscape, the lochs, the highlands, the weather, the waterfalls, the food, the people, just everything! Whenever we think of Scotland, we sigh a happy sigh! 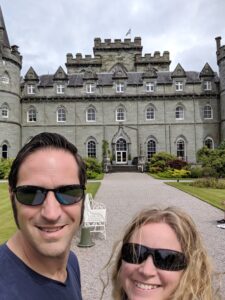 Then we came home and were home about a week when we were driving down High Street (there’s some foreshadowing for you!) and we were both in the mood to go to a Pub. But there isn’t anyplace that would give you that Scottish Pub feel around Piqua. We dreamed and talked like we always do about our crazy ideas and about how cool it would be to open a Scottish Pub/Restaurant right here in Piqua. But where could that even happen? And we don’t even know how to run a restaurant so we laughed. Then we drove by the Plaza and we both looked at it and said something to the effect of it looking like a castle and that would be about the only place in Piqua a Scottish Pub would be right. But the City would “never” want to work with us. Good gravy, never say never! 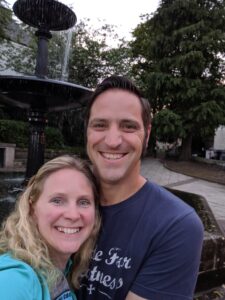 For us that was our very best vacation to date, and everyone wants to remember and share their best times. We wanted to share our Scottish experience that with our boys and our friends as best as we could. So when the path for the restaurant started opening up, we knew it was a Scottish restaurant and Pub! We are fully aware it is not an authentic Scottish restaurant, but we do offer some of Scotland’s favorites like Shepherd’s Pie and Fish & Chips, some really great beer from the UK like Guinness and Boddingtons, and we are so looking forward to being able to get Scottish beer on tap (Innis and Gunn) once they start exporting kegs again, however we do have it in bottles and you should try it! 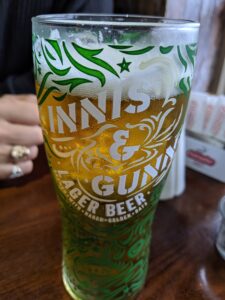 Two years later, exactly, from the time we were in Scotland, we were having our grand opening at the Scottish Thistle. It was fun to see memories of our Scotland trip pop up as we were prepping for our grand opening, sure kept our motivation high to keep the experience for our patrons authentic!

If you ever get the chance to visit Scotland, we highly recommend it (just be prepared for a wee bit of rain)! And until you can make it there, come in and join us for a taste of Scotland.